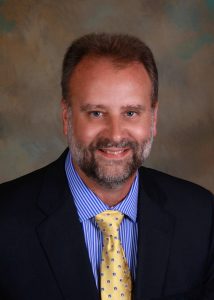 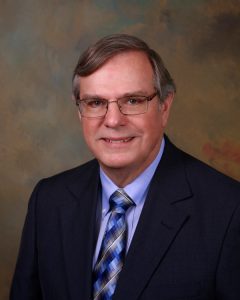 What Sets Us Apart

Our personal injury law practice is dedicated to helping those who have suffered injuries as the result of an accident or negligence on the part of another. We have helped hundreds of clients receive fair and just compensation for their injuries or loss. We have built a local reputation in Evansville, Newburgh and surrounding areas for excellence as a result of our track record of success and our outstanding service in Personal Injury and Worker Compensation cases.

Indiana Court of Appeals Draws The Line on Death Benefits

The Indiana Court of Appeals recently issued an opinion in the case Hill v. Beta Steel Corp. In this case, the employee suffered a back injury while at work in 2004. He received worker’s compensation benefits until 2006, but in 2007 he died in his sleep. The employee’s widow sought death benefits under the Worker’s Compensation Act, […]

If you have had a career in coal mining, you may very well be suffering from black lung disease, also known as Coalworker’s pneumoconiosis. You may have this disease even if you do not exhibit the most common symptoms, which are shortness of breath and a severe cough. If you do have black lung disease, and […]

Heart Attacks and Strokes – Are They Covered Under Indiana Worker’s Compensation Law?

Every once in a while, we hear from workers or the families of workers who have a heart attack at work or a stroke at work. The first question always is this: Is a heart attack or stroke covered under Indiana Worker’s Compensation Law? The answer is: It depends. Suppose an employee, who has a […]

Kevin Aldin
Earlier this year, I was injured on the job and hurt my Shoulder. Surgery was needed to repair the damage. After the Dr. released me to return to work, I was deemed to have a PPI rating. I was not expecting this and I Googled PPI rating. The article referenced was written by The Hewin Law Firm. I called and had the chance to consult with them, and learned what a PPI rating was and how it impacted my situation. Charles was very polite and informed me of my options and helped me make an informed and educated decision regarding my case. Thank you Mr. Hewins.

Lacie Fussner
Hewins law helped me when no one else would. Charles is a very professional lawyer. I appreciate everything he has done for my workman comp case

collin haley
I like how when your talking to this guy how interested he is in what you are saying and how informed he is out of all the lawyers I have spoken to this man has given me the best impression, a man that cares. I want a lawyer like this guy!

Kara Shook
I met Charles back in 2010 and have reached out to him many times when needing legal advice. I am very confident in recommending Hewins Law Firm. Charles is very ambitious, knowledgeable and willing to go the extra mile, even if it is outside his specialty. I would like to genuinely thank him & his staff for having my best of interest at heart.

rachel slunder
Being apart of worker comp is very stressful. Hewins Law did a great job on my case. I would highly recommend Charles Hewins if you are looking for a workers comp attorney.

Vageesha Somaratne
Mr. Charles is a good lawyer takes a good take care of you I had my workerscomp with him and now I have my accident case through him iam very happy.

Sandra C
I contacted Mr.Hewins law firm back in May 2015, for an injury I sustained at work.Mr.Hewins helped me to get my workers compensation pay, plus the medical attention i needed. Mr.Hewins explained everything to me step by step, kept me informed of everything that was going to happen and could happen and in the end everything worked out great!!! Thank You Hewins Law Firm and Shelee for everything ,I would defiantly recommend to anyone .

Jr Bower
On April 19th I broke my tibia and fibula at work. My employer denied I worked for him. On top of surgery and recovery process I now had to research and find an attorney. Charles He wins at Hewins law firm came highly recommend. Talking to an attorney can be a bit intimidating. I was nervous to say the least. However,... After meeting with Mr Hewins I knew he was the attorney I not only wanted but needed. Mr Hewins made me feel comfortable, important and at ease. He listened and made me feel heard and taken care of. Throughout the process, Mr Hewins and his secretary Shelee maintained great communication with me. Reassuring me that they are here for me and will help me through this. It gave me a real sense of connection with them. I totally have trust and respect in Mr Hewins and I felt the feelings was mutual. Shelee is Mr Hewins secretary. I could never forget or say enough about her. She is very sweet and she CAN and WILL track you down to keep you informed lol.... I can't thank them enough for everything they have done for me. You won't be able to either. Again, thank you Charles Hewins and Shelee

Nathan Taylor
Charles Hewins represented me in a MVA case. His expertise and professionalism far exceeded expectations and he delivers through results. I highly recommend consulting with Charles if involved in a motor vehicle accident and allow him to lay out your options.

Mike Braun
I used Charles Hewins to help with a workman's comp issue. He was very personable and helpful. He took me through the process step by step and helped me to determine what the possible outcomes might be. I really appreciated how upfront he was with me on what to expect as we moved forward. He is great at following up with his clients and develops a good working relationship with them. I highly recommend his services if you are ever in need of a good attorney.
WE PUT OUR
CLIENTS FIRST,
ALWAYS